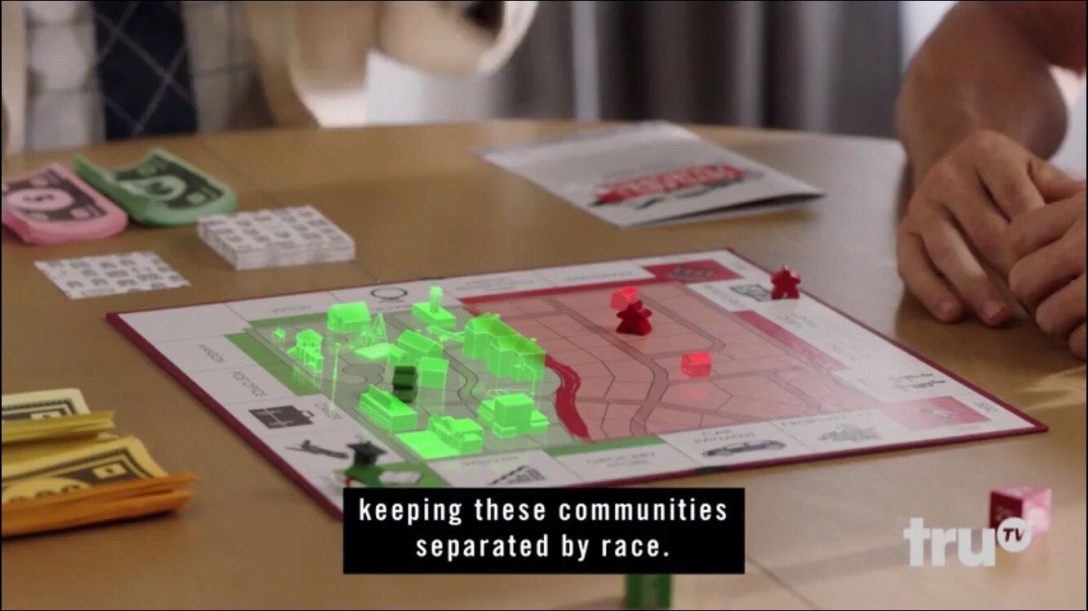 “The propagandist’s purpose is to make one set of people forget that certain other sets of people are human”. Aldous Huxley.

Similarly to this piece about racist redlining housing policies in the US, a psychological, cyclical-soap partitioning happens in UK today with regards to the domestic abuse agenda; by TV soaps, current affairs & magazine discussion narratives which are almost exclusively reinforced to portray female victims of violent male perpetrators, despite the fact that men currently and consistently have comprised a full third @1inthree of overall #DomesticViolence victims in UK (& Australia) for some years…

But of course to question the one-sided ‘all men evil’ & ‘all women victims’ #DomesticAbuse narrative would require us all to question everything we hold to be true. Well, you should. Because like it or not, things are about to become very, very clear and indeed, messy.

However the UK State (& beyond) have gone even further by Crown Prosecution Service deliberately manipulating statistics of instances of abuse reported by men (who are already approximately 3 times less likely to report their abuse) to interpret online harassment as ‘assaults’ against women in order to inflate the Dark Triad agenda but also by incorporating, and absorbing the offences against men to read as ‘violence against women and girls’.

This is a UK national (& international) scandal of Orwellian proportions that a truly independent media capable of speaking truth to power – would eat for breakfast. But the media are the public-facing mask of the power.

These ‘statistics’ are then reported by the mainstream media ‘news’ to feed into the soaps narrative – creating a false phenomenological experience; a “toxic-masculinity” ‘pseudo-reality‘ which has no more basis in fact than Iraq WMD did – all delivered as our ‘unquestionable truths’ – behind closed doors where ‘domestic abuse‘ is most at home; in this case in your living-room – via TV.

This lethal soap script is augmented by news media cyclical reminders to normalise mass-misandry that has created an ‘acceptable’ form of identity politics, that would be rightfully called out as bigotry if it were directed towards any other demographic. It has been reinforced too by the occasionally ridiculous fake gender-war and fuels it with selective data gathering, continuous interruptions to prevent counter-point flow and also “words building bridges in unexplored regions” with the repetition of ‘misogynistic hate crime’ and with dark, hidden subliminal messaging in full view – watch how the Sky presenter hypothetically personalises a rape scenario from her own pretext set up; an evocative guilt-shaming strategy used to emotionalise and destabilise valid debate; like this example too.

All of this is of course reinforced with genuine misogynistic-mileage and a recycle-conveyor belt of evil men – such as the largely unheard of Harvey Weinstein who has now become a household name.

All for the purposes of the agenda that’s telling boys and men by guilt-empathy association that they too are ‘PreCrime’ potential misogynist-rapists, that they too are evil – unless of course they’re saturated in a yellow-uniform of the emergency services recurrent ‘re-emasculating’ media theme since Westminster Bridge “of heroes running towards the danger”.

And so male victims do not suit the recruitment agenda narrative and so are given sporadic, periodical and intermittent ‘lip-service’ (however also note how Andrew Neil brings the male victim segment to a close by reinforcing males as perpetrators).

This why the male-victim truths are not given the same cyclical-repetition coverage because the UK State doesn’t want to acknowledge them, which is why men have negligible resources to turn to for help. It’s deliberate. 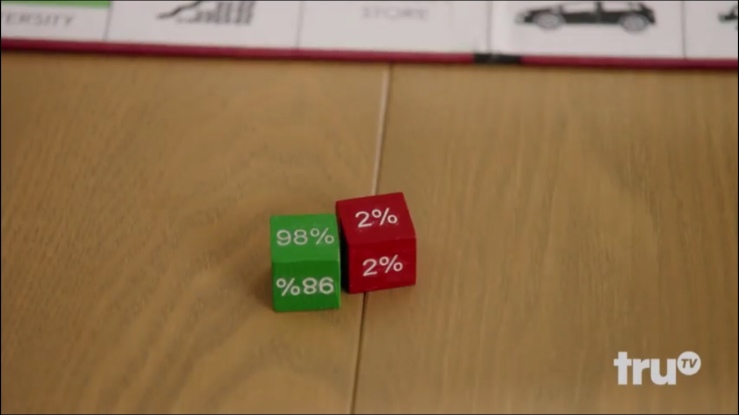 By corrosively fostering the sense of internalised shame to Invalidate, Isolate and Emasculate men within their own minds and as a demographic-class, the same UK State vassals then pay further gaslight lip-service to the male suicide epidemic and as I’ve ‘predicted’ in the book (which I first put out from Berlin on 25th June 2017) would afford themselves the faux-concern pretext to plant the seed of male mental health issues through media-conditioning (and prestige association) to become conflated with the military.

And therefore subliminally informing a generation of young men who are about to be starved of economic opportunity employment choice due to the effects of austerity – which is nothing more than economic-apartheid propaganda – to result in a similar mass financial-physiological deprivation. 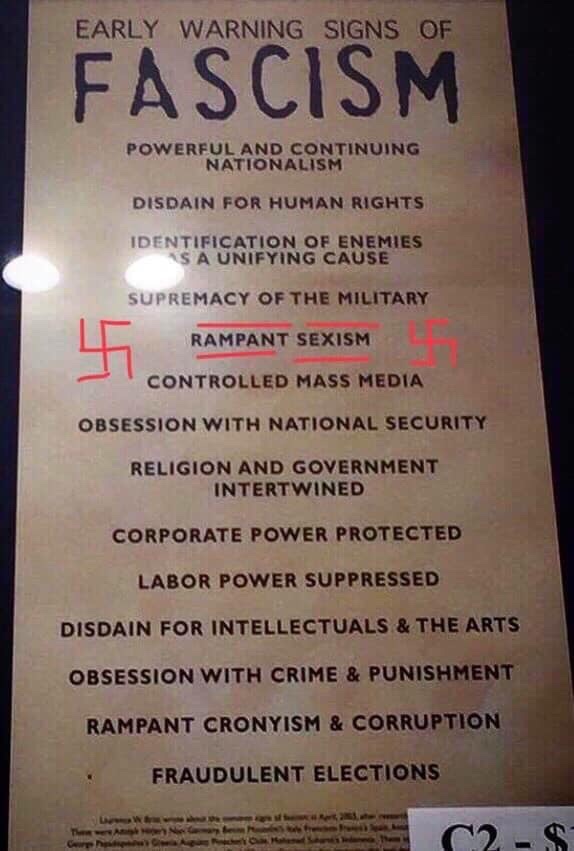 Austerity propaganda is the contemporary equivalent of ‘The Versailles Treaty’ which emasculated an entire generation of patriots that resulted in the Nazi war machine; into which the emasculated men were too ‘welcomed with open arms’ to find acceptance and belonging in an ideologically-idolised military as “intelligent patriots” steeped in fascistic militarised victimhood. 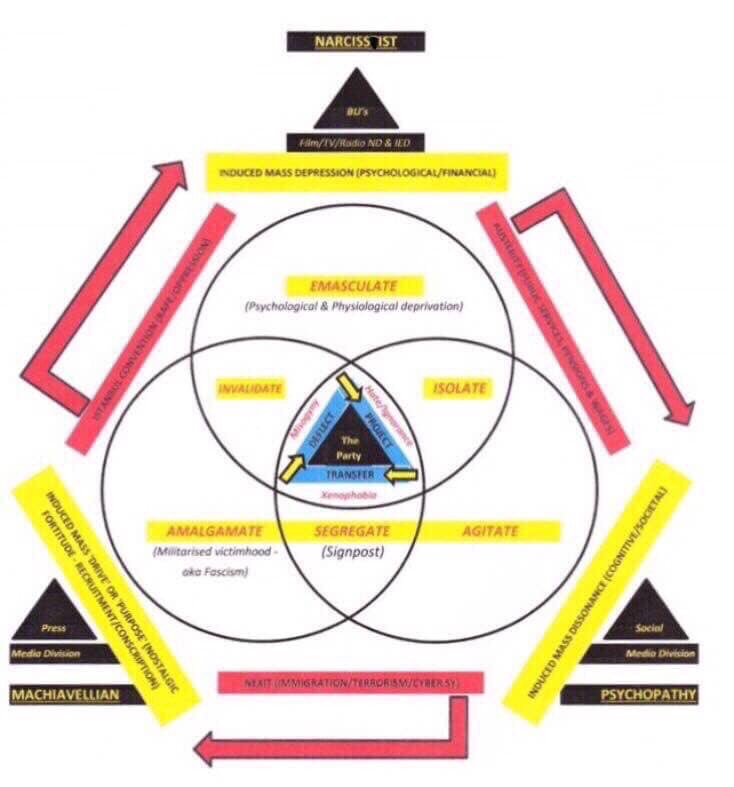 The ‘Dark Triad‘ model (above) for #GlobalFascism; for the drill-down division of western societies and defeat of Anglosphere democracies by mass induced depression and by identity-politics demographics – especially by #GenderAgenda.

All to keep feeding the 100 Year Imperial Oil War.