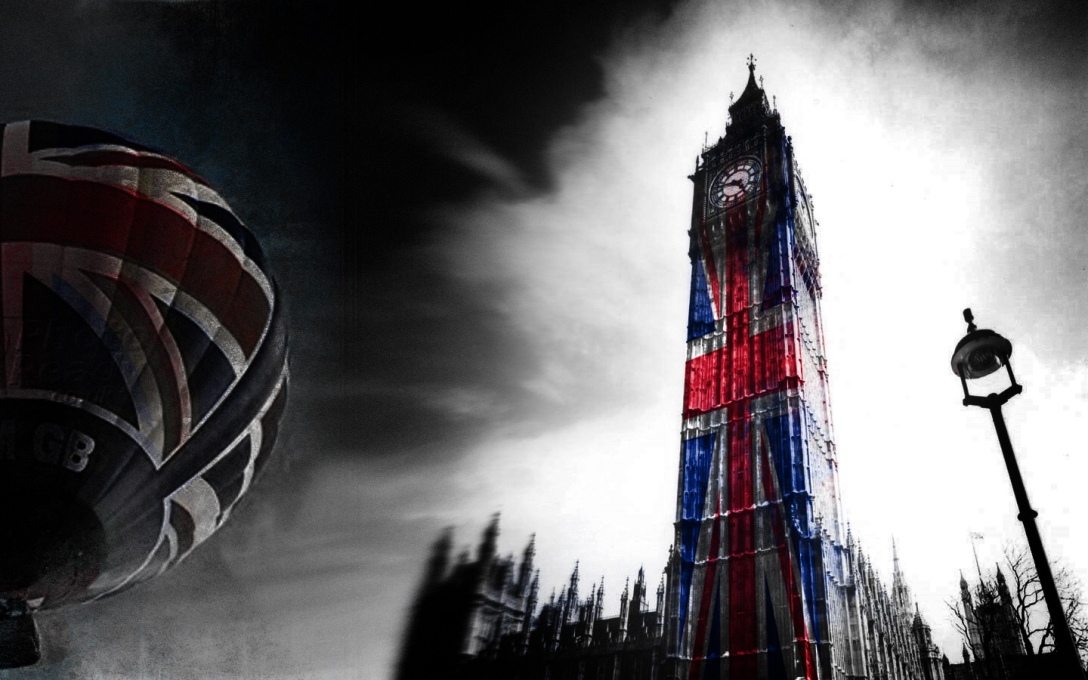 “Fascism is coming; probably a slimy Anglicised form of Fascism, with cultured policemen instead of Nazi gorillas and the lion and the unicorn instead of the swastika”. Orwell, ‘The Road to Wigan Pier’.

(15-20 minutes) This piece outlines where we’re at today and is augmented by previous excerpts and links, as I’ve already written in depth about the various Volksgemeinschaft propaganda narratives the UK population has already been subjected to.

“The best propaganda works invisibly to penetrate the whole of life without the public having any knowledge of its propagandistic initiative”. Joseph Goebbels

The British State and its aristocrat cartel are finished. However that won’t stop them inflicting as much damage as they possibly can onto their own working masses in an attempt to have us turn us against one another. Fortunately for us there’s a very simple solution to help mitigate this; don’t let them.

And so as a last desperate action the corporate-political cartel and their media are in the Westminster ‘Alamo’ trying to instil a very British propagandist ‘Volksgemeinschaft’ or ‘people’s community’ spirit in order to patriotically puff-up the population. It’s a propaganda thread which is awash throughout the British condition, housed in TV celebrities, corporatised and militarised ‘charities’, in community foodbanks promoted by supermarkets and in the emotionalised sentiment many also ‘felt’ during the Thursday night happy-clappy COVID lockdown spectacles;

“Hatred is gained as much as by good works as by evil”. Machiavelli

Of course, there’s those of us – even a 25 years served ex British Army Sgt Major like me (who never swore an oath to fascism!) – who do not subscribe to the obsequious, servile, infantile and dangerous Imperialist parade.

“The ruling class in every age have tried to impose a false view of the world upon their followers”. Orwell, ‘1984’.

All of which is taking place against the inescapable backdrop of US/UK far-right rhetoric in which we’ve been saturated, having been projected into our homes by the very same post-Trump and Brexit coup complicit media who also led the charge for the illegal 2003 war in Iraq.

“Shall I tell you a terrible truth about politics and human nature? You can probably make a good case for almost any course of action.” Boris Johnson (2013)

So like it or not, acknowledge my ‘Gaslighting Gilligan’ work or not (plenty of ‘experts’ simply refuse to) the truth is the corporate media are the The Orwellian Party’s face of the fascist agenda desperately trying to create their own collective pretext to mobilise military force onto the streets.

And so we – from black, brown, immigrants, Muslims, LGB/T, gypsies and Jews right through to the ‘wrong kind’ of English…

…and independence supporting Scots and Welsh i.e. British minorities (weighed against the 55 million Greater English population) are be the designated the ‘others’, the ‘unworthy’ and ‘foreigners’ to the British ‘community nation’. Or as the Nazi’s would have termed us the ‘auslanders’ and ‘untermensch’ simply not made of the right patriotic, ‘superior’ Volksgemeinschaft stock. And therefore we continue to be propaganda signposted to be at the forefront of a series of Krystallnacht backlashes.

“Propaganda must facilitate the displacement of aggression by specifying the targets for hatred.” Goebbels

“Nothing is of greater importance in time of war than in knowing how to make the best use of a fair opportunity when it is offered”. Machiavelli

“Symbolism is the language of the mysteries. By symbols men have ever sought to communicate to each other those thoughts which transcend the limitations of language”. Manly Hall

This is why Westminster’s and Whitehall’s British civil service zealots in Tory/Labour coalitions up and down Scotland’s councils are doing John Bull’s bidding to agitate within Scotland, in order to amplify chest-puffing British ethno-nationalist ‘patriotism’ whilst deliberately and simultaneously desecrating Scotland’s monuments via Machiavellian calculated symbolism; to scent-mark ‘British territory’ that pisses all over the legacy of Scotland’s most famous, heroic son William Wallace…

…and which itself is representative of the entire macabre, theatrical tour of the dis-‘United’ Kingdom which was orchestrated via Balmoral to ‘reclaim’ Scotland’s ‘fielty’ to the corrupt UK Crown cartel via Edinburgh, whilst simultaneously beginning to shut down this island – reportedly closing food-banks, cancelling flights, hospital appointments and ordinary people’s funerals – which again is all part of the agitation narrative.

As is arresting protesters with blank ‘PreCrime’ placards, with the police even following an Edinburgh woman home to see where she lived. And in London where – irony of ironies – the typically British class-privilege system couldn’t help itself but to form a fast-track queue for celebrities and politicians who deem themselves too important to wait in turn – to see coffin of a ‘Queen’ in 2022!

“The war is not meant to be won, it is meant to be continuous. In the long run, hierarchical society was only possible on the basis of poverty and ignorance”. Orwell, ‘1984’.

And during which the self-flagellating, emotionalising, martyrising media as many have observed, have gone all North Korea – which oddly enough – I also ‘predicted’ in the book itself;

This current Crown ‘community nation’ propaganda is merely a microcosm snapshot of the decades-long TV concentrated British patriotic pantomime, which saturated with Union Flag product placements and entertainment distractions in this Gogglebox ‘democracy’, is as relentless as it is pervasive because it has to be in order to ‘matter’ and to be a ‘global player’ in the world, and in doing so to escape its own worst fear; mediocrity.

This is why in between trying to reinvent both domestic and foreign ‘enemies’ to justify its very existence and gloss over its past, present and future planned criminality, the British construct is also conducting the ongoing palace and media propagandist ‘rehabilitation’ of the paedophile Prince Andrew to insert him back into the Royal fold and to ‘normalise’ his and his billionaire family’s presence again, to forever steer our lives through these incessant cycles of ‘indoctriNation’;

“How can wealth persuade poverty to use its political power to keep wealth in power? Here lies the whole art of Conservative politics in the twentieth century.” Nye Bevan

And then there’s the symbolically calculated move too by the Westminster cartel to have the over-entitled, spoilt and cantankerous ‘King’ Charlie (it’s the 21st century people!) visit Wales on the 16th September, the anniversary of commemorating the last true Prince of Wales, in another disrespectful move which is also preparing the ground – and urban battlefield – to reimpose archaic English dominion over Wales through William.

You see, this Imperialist tour has already been preceded by Westminster’s ‘Internal Market Act’ (2021) which is in fact Orwellian lipstick on a pig and which by design is intended to lead to mass civil unrest.

“Original minds are not distinguished by being the first to see a new thing, but instead seeing the old, familiar thing that is overlooked as something new”. Friedrich Nietzsche.

None of this is a coincidence. It’s all deliberately orchestrated by what was up until very recently, the most sophisticated, refined propaganda machine dominating the political ‘left’ and ‘right’ spectrum that the world had ever witnessed. All that changed was its totalitarian mask was torn off via Berlin in 2017 (see video) and as hard as it’s tried, ‘The Party’ have never been able to put it back on since.

And so the militarisation and mobilisation attempt is imminent;

“It takes only six weeks to bring a country to crisis, after which, with a violent change of power, structure and economy, you have the period of ‘normalisation’ which may last indefinitely”. Yuri Bezmenov, ex-KGB PsyOps Specialist (1984)

As you can now begin to see, the US/UK cartel haven’t messed about trying to get it all back on track since the original failed ‘Op Fukuglaschu’ attempt; doing so via the subsequent NATO bombing of Syria to draw their Putin ally into war with the West; by attempting to create friction between India and Pakistan to reverberate back to Europe and beyond; the futile blockade of the Suez Canal and blaming Iran for ‘attacking’ an oil tanker; the relentless Israeli bombing of Gaza to draw in Iran; the deliberate US/UK Machiavellian clusterfuck Afghanistan withdrawal designed to reinvigorate and ‘re-justify’ a new wave of war there; then another attempt to start WWIII, this time with China via Taiwan, which was itself wedged in between the ongoing war in Ukraine to get NATO in the fight. Why? Well apart from them all going to prison (or worse) the political-military geo-strategic cause and effect consequences if they don’t get their war are patently fucking obvious;

“The consequences of every act are included in the act itself”. Orwell, ‘1984’.

Make no mistake, in UK the Westminster cartel already knows what’s at stake for them even if you don’t. They are facing a karmic destruction of their hierarchical order via an English revolution focused on them – if – they can’t get the English, Welsh and Scots populations to attack each other and their minorities within, the flames of which will of course be fanned by the British Security and Intelligence apparatus at street level.

“Collective fear stimulates herd instinct and tends to produce ferocity toward those who are not regarded as members of the herd”. Bertrand Russell

This is why they need to continue manufacturing and fomenting working class ‘enemies’ within so that we target each other, instead of focusing the Eton aristocrat engineered cause of this deliberate dystopian nightmare; an actual class-war disguised as ‘culture-wars’ designed to get us to maim, murder and in effect to commit our own societal suicide, whilst they ride to our gaslight ‘rescue’ with military force – which Brexit was always going to need to manage the inevitable chaos. Farage, Rees-Mogg, Johnson, Gove and co never wrote that on the side of the bus did they?

This is why regardless of pretext, Tory militarisation of Brexit Britain is inevitable. (And by the way, Truss is the puppets puppet. Johnson’s still there). And so I’ll leave you with this last piece;

In summary, Goebbels would be proud of the current crop of Etonians. I imagine his only criticism would be that this classist institution which both he and Hitler admired so much – finally got caught in the act. Which makes them doubly dangerous…

NB – Both Facebook and Twitter continue to suppress my accounts. If sharing #GG links, please do so direct to your own accounts and to group pages but DO NOT include my ‘Johnny Berlin’ or @GasGilligan addresses, as their algorithms will automatically bury the piece. Thanks.