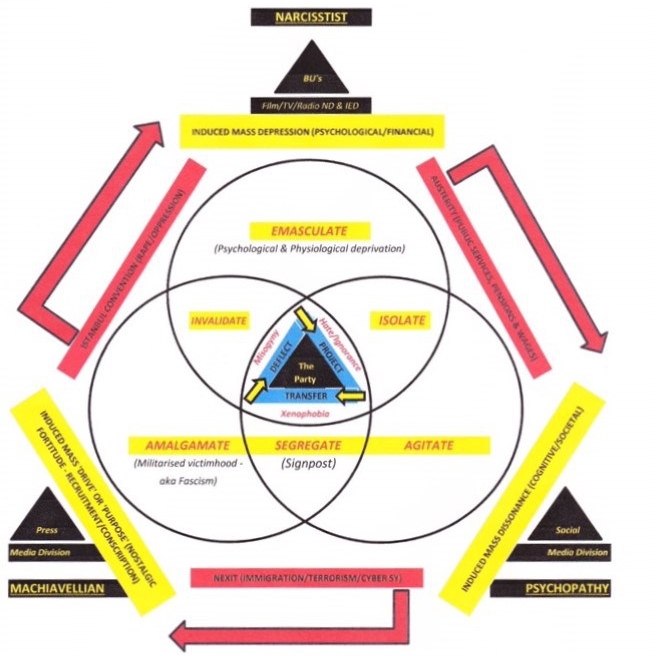 Metronome, lightbulb or bell; for Pavlov’s Dogs the stimulus didn’t matter as long as the dogs learned to anticipate and associate food with a positive reward-conditioning.

This is why, amidst a clearly visible campaign of TV, radio, film and sport ‘Britification’ (and Princess Dianafication!) there’s also a Union Jack on almost every food and drink product, in almost every supermarket across this entire island – but especially in Scotland.

Its purpose is to create a positive-conditioned reflex with all things ‘British’.

So as far as food packaging is concerned, we are – like Pavlov’s Dogs without the drooling – being ‘positively conditioned’ to anticipate and associate ‘treats’ – particularly food and drink – with the Union Jack Flag. Or rather more specifically, our children are.

As adults, if you’re already loyal to the flag (or even just simply indifferent to it) you’ve probably either already been conditioned to be loyal to it or simply nonplussed by it. Either way, your association-loyalty is either reinforced or you simply remain acquiescent through innate social-compliance to the British establishment who conditioned you with the UJ Flag in the first place – to make you ‘feel’ a part of them. You’re not.

No matter how ‘British‘ you ‘feel‘ and as much as you ‘feel‘ a part of them, they just don’t feel the same way about you.

No matter how much illusion of ‘Britishness’, of family; of community; or of diversity that they sell you on TV ads and entertainment ‘programming’ – like the Great British Fake Off – draped in the product-placement Union Flag, you will never be a part of ‘them’. (That’s why they hand out OBE’s and MBE’s etc – to feed the illusion ‘we’ are the same as ‘them’).

So let’s not kid ourselves that we’re better than dogs or animals in general – because given the ‘right conditions’ we can quite easily become superior-minded subservient beasts; not too dissimilar as Nuremberg Prosecutor Ben Ferencz description of the Nazi’s “intelligent patriots” who committed genocide.

When it comes to the real or even perceived threat to our families – especially via the lack of food or drink – which when Brexit bites and the supermarket shelves begin to become sparse – of the food that used to be emblazoned with a Union Flag – will we realise how easily we can become a slave to our primordial base-animal instincts.

And we will do almost anything in order to survive to protect our own – even turning to and begging the ‘Westminster Master’ who treated us like Pavlov’s Dogs in the first place.

And THAT is the whole point of the ‘British Branding’ food product exercise for every working class soul across this island.

The UK corporate-government elites are, with historical precedent, messing with the heads of the 99% who live on this island in order to create what I call a new, younger generation of ‘Pavlov’s Patriots’.

These preadolescents and adolescents, toddlers to teenagers (mostly) will grow ‘nurtured’, conditioned to become the fresh cannon-fodder, sent by mainstream media TV & tabloid, to go and fight and die for the British establishment elites entitlement to oil and power just as they did in the First World War – they didn’t teach us that in school did they? (Google the Berlin Baghdad Railway).