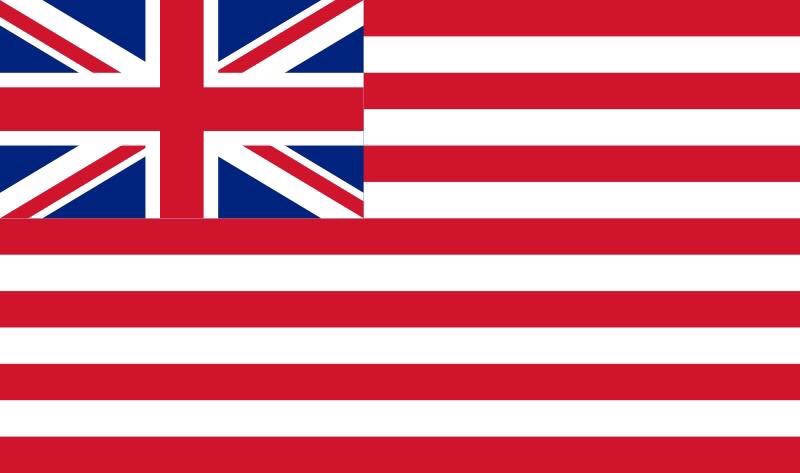 Some sources have reported that #ToryAnalytica’s ‘herd immunity’ strategy is likely to see 80% of the UK population become infected by #Coronavirus. As it turns out too, 80% of Scotland’s 5.4 million population live & work in the M8 corridor between Glasgow & Edinburgh, known as the ‘Central Belt’. That’s just some coincidental context. 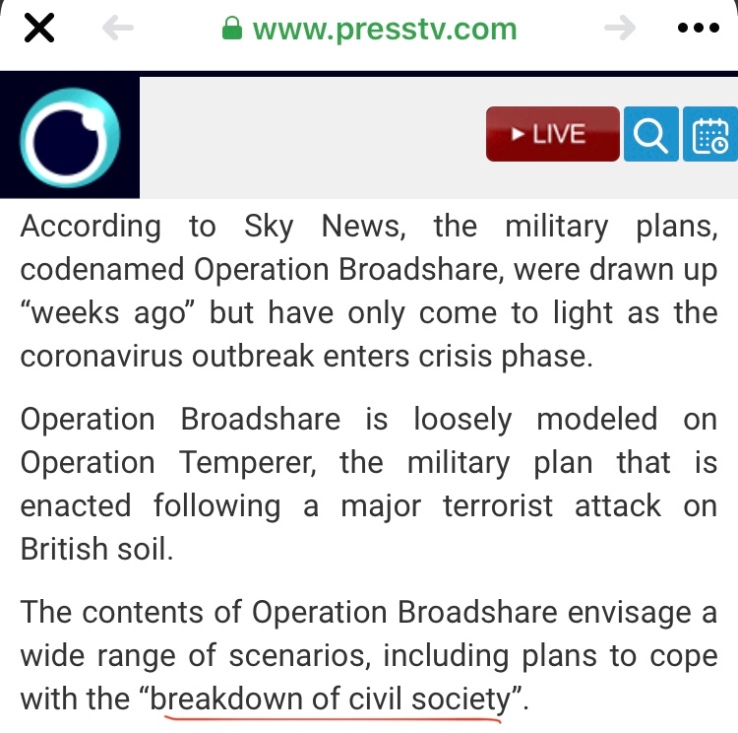 Following on from #ToryAnalytica’s paradoxic-plan to militarise ‘democracy‘ by deploying the military to ‘assist’ with Brexit called #OpYellowhammer, comes news of ‘Op Broadshare’ (above) to ‘cope with the breakdown of civil society’.

Now most people, would like to believe that the arrival of this reported ‘pandemic’ is just sheer coincidence and so probably haven’t given any further thought to the Italian Coronavirus connection. 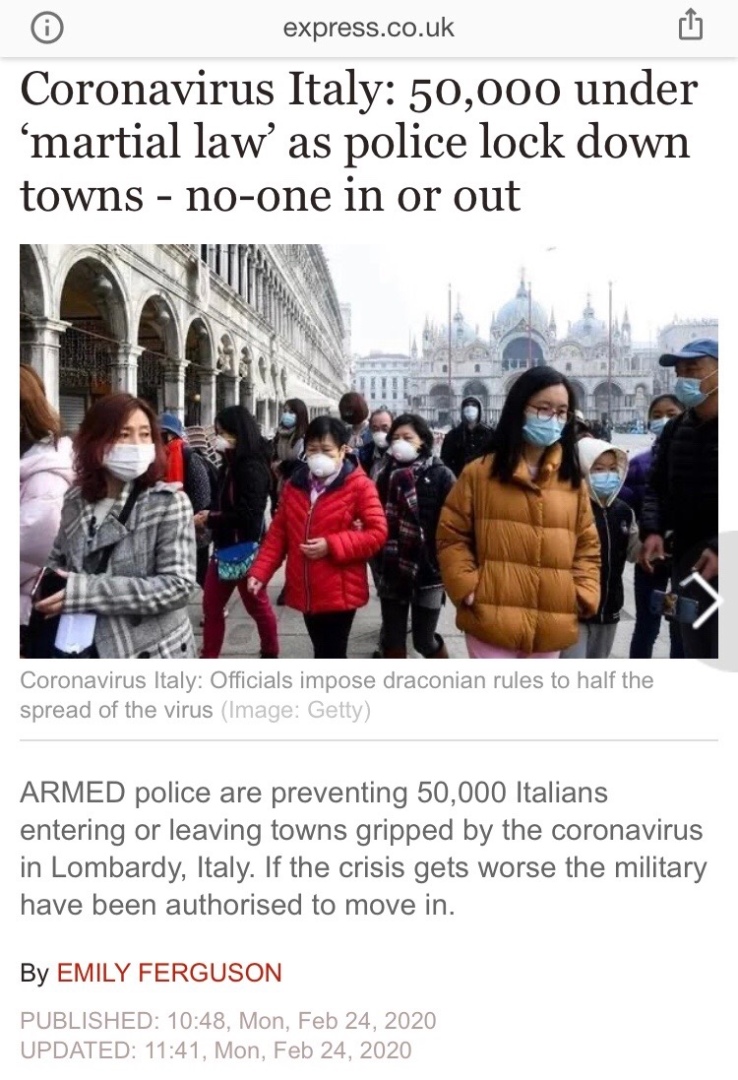 Those that might have made a link will probably think it just sheer ‘coincidence’ too, that despite the UK Government knowing of the coming contagion in January, the very same weekend [22nd February] the UK media began informing us that areas of northern Italy were going into Coronavirus lockdown, the UK FCO neglected to notify thousands of Scotland rugby fans who were already in Rome for the Six Nations match. I don’t think that’s a coincidence at all.

I don’t think it’s coincidence or Government ‘incompetence‘ either, that two weeks later thousands of French rugby supporters were allowed to visit Edinburgh (giving Macron a ‘sporting chance‘ to get on top of his domestic problems) or that last weekend, thousands of Scotland fans had already travelled to Cardiff for the Wales game, having been given the green light by #ToryAnalytica et al on the Friday morning, only for it to be called off later that afternoon.

As I wrote in my 8th March 2020 piece ‘A Bezmenov #BrexitCoup Con – Iraq Revisited: By Global Boogeyman Gaslight ‘Contagion’, unless #ToryAnalytica can come up with an adjusted propaganda narrative pronto – because I know the 1922, ERG & TPA editorially connected SpikedOnline Tufton Street cartel like to check in with my #GaslightingGilligan blog regularly too – hi guys & gals! – we were/are to be ‘informed’ that Scotland is to suffer disproportionately higher infection and mortality rates amongst the vulnerable than the rest of UK, as we are drip-fed by a gaslighting-propaganda ‘inevitability narrative’ to be told ‘cross-contamination took place between supporters during the Italy v Scotland weekend in Rome’.

It’s a soul-destroying fact to face up to – but it remains a fact nonetheless, that sport in general has not only spread the contagion, it’s been deliberately used to spread It, as well as fearfully sell propaganda story of it because;

The Etonian, Oxbridge and US ‘Ivy League’ elite haven’t suddenly all come over slapstick incompetent. These people are the custodians of an unparalleled global Empire, that has been sustained over hundreds of years by being the unrivalled Machiavellian masters of creating and capitalising on existing opportunities.

This is the other Italian connection in which we working masses, to them, are nothing more than collateral commodities to be lied to and destroyed for their profit and power – at their leisure. Only this time, they’re in a protracted panic because their Machiavellian board-game was shifted from underneath them in Berlin, via the German Bundes Polizei & Irish Embassy on 25th June 2017 – and we’ve all slowly but surely been making sense of the insanity, of the socioeconomic suicide and precedented far-right political corruption that is Brexit – ever since.

The #ToryAnalytica #BrexitCoup COBRA Cabinet need total chaos on the streets of Britain and the total and utter collapse of UK society – and beyond – in order they can manufacture their own crisis-capitalist, profiteering pretext that will hand over #ToryAnalytica’s already asset-stripped and indebted UK ‘PLC’ to their own #USUKCorpGovt elite estate privatisation interests, by ‘requesting’ their own #AtlanticBridge #TrumpRussia puppet Presidency for para/military ‘assistance’ on mainland Britain (& eventually Ireland) not simply to Martial Law by military force in Metropolitan & middle England (Liverpool – itself an anti-Establishment city – just had thousands of potentially infected Spanish football fans visit recently from Madrid) but to crucially, ‘justify’ disproportionate-thousands of pairs of size 10 army boots that will #SpecialRelationship-propaganda ‘assist’ by coming to the gaslighting ‘rescue’ in oil-rich Scotland. Voila! #AirstripOne! 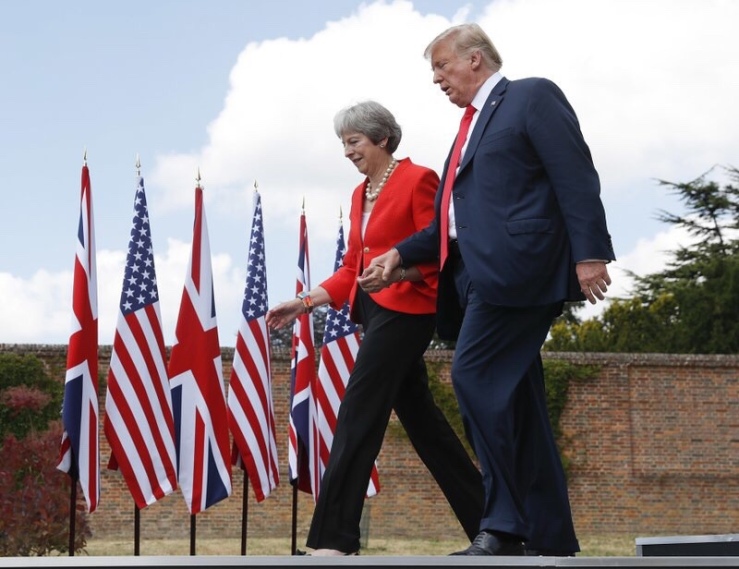 “A society becomes totalitarian when its structure becomes flagrantly artificial: that is, when its ruling class has lost its function but succeeds in clinging to power by force or fraud”. Orwell.

Video recorded on 25th June 2018, on the first anniversary of going to Berlin and warning the German Bundes Polizei & Irish Embassy (& three other agencies) in 2017, of the imminent arrival of US/UK led global fascism.

Through their own ‘herd immunity’ and ‘incompetence‘ pretext, the #ToryAnalytica Government are going to attempt to conduct a fascist, strategic ‘cattle drive’ quell of the mass civil unrest that they themselves are about to create.

The English and Welsh working masses are to be subdued too of course but in Scotland, this Orwellian cattle drive will take place along the east coast oil and gas infrastructure; from Aberdeen down to Grangemouth, which itself is just over the Forth from the Scottish Parliament in the capital Edinburgh. With Holyrood bypassed – literally – military force is to be deployed throughout the Central Belt seat of Scotland’s sociopolitical power-base of the resurgent independence movement and into the heart of its most populous city – Glasgow, that’s tidal River Clyde flows along the west coast Clyde Estuary to Faslane, the foisted ‘home’ of US/UK Trident nuclear weapons of mass destruction, and which also doubles-up as one of a number of their joint and current radioactive dumping grounds in the “minor entity in North Britain” (George Robertson).

‘…A survival which #ToryAnalytica quite correctly see as being theirs or ours; the 1% or the 99%. Which means if they’re to succeed at our expense, whatever they visit upon us needs to be on an epochal, global scale. It needs to be a ‘Black Swan’ event that will ensure that both the UK police and military personnel’s very own survival depends on sustaining the current hierarchical State structures and therefore behave uncompromisingly and ruthlessly with a frightened, cowering population, most of whom will be only too grateful to be shepherded to ‘unite behind‘ the ‘lawful‘ Government authority…’ – from my September 2019 piece ‘Yellowhammer Anagram: ‘Orwell Mayhem’ by Cummings “Meltdown” Symbolism’

So now you know why, that of all the mainland European countries it could have been, it was specifically Italy that ‘found itself’ the pretext epicentre of the European pandemic and the real reasons why the #ToryAnalytica UK Government did not put this island into immediate lockdown measures or carry out port-arrivals screening for Coronavirus and mandatory quarantine – ‘too soon’.

Because for all the “levelling-up” propaganda rhetoric being spouted by #ToryAnalytica, then dutifully parroted by their media stenographers, they need society to fall over, using elective dictatorship legislation to empower a militarised #UKPoliceState to detain, disrupt & disappear political dissidents under guise of ‘quarantine’, whilst maximising the Coronavirus spread-effects using our children as carriers to infect their families, cull the vulnerable, overwhelm public services & infrastructure and disintegrate societal cohesion over an extensive period of time, resulting in the normalisation of militarisation.

Their only ‘get-out-of-jail-free’ card now is a failed State(s) that will have the working masses at each other’s throats, whilst the Westminster aristocracy sit back with popcorn and ‘coke’ to watch our Gogglebox democracy tear itself apart simply through continued Government #HostileEnvironment policies and media induced fear – principally by divide and rule identity-politics, especially by WWI & WWII precedented #GenderAgenda – or #RampantSexism – as political scientist Lawrence Britt on his ‘Early Warning Signs of Fascism’ placard, in order to make way for Big Brothers dictatorship.

Because whilst Coronavirus can militarise the very same failing #TrumpRussia #BrexitCoup d’etat either side of the #SpecialRelationship, it still needs to – as per my (free download) book ‘Gaslighting Gilligan’ © (2017) – to deliver the gradual disintegration of the European Union via the third joint aim; war on Iran – for their oil too. And power. Pure power – global and domestic. Forever – through “Empire 2.0″ (Liam Fox – the #AtlanticBridge founder) 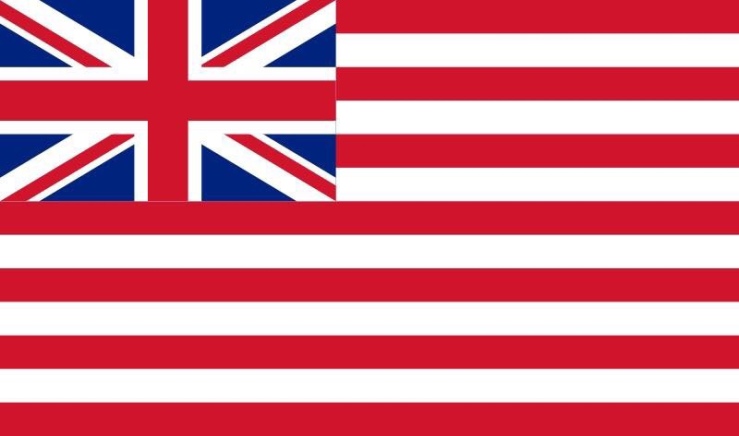 Back to the Future: the flag of The East India Company (circa 1801)

This 👇 was the original plan to “make a Titanic success of Brexit” (Boris Johnson) and deliver “easiest trade deal in human history” (Liam Fox) that was to have seamlessly and simultaneously delivered the perfect trifecta during July 2017. And we were all witness to It. Every last gut-wrenching bit of it. And to its power-symbolism. It all just had to be seen or more accurately – felt – from a slightly different #DarkTriad perspective, that was to have been the preceding ‘pincer’ action preparing to meet COVID-19 further down the Nakba line in Scotland’s Central Belt.

If you want to know why the original plan failed, read my ‘Open Letter: To Irish Government/Oireachtas/ Irish Embassy of Berlin’. It all seems too surreal for reality, yet here we are; still being driven to destruction, not by incompetence but by protracted, panicked PlanB design… 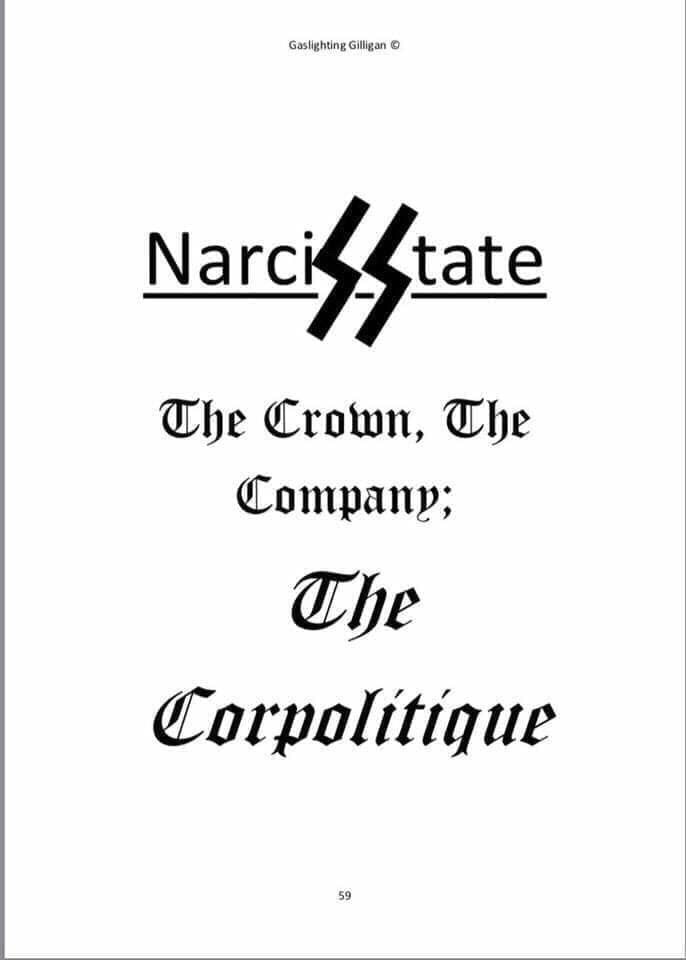 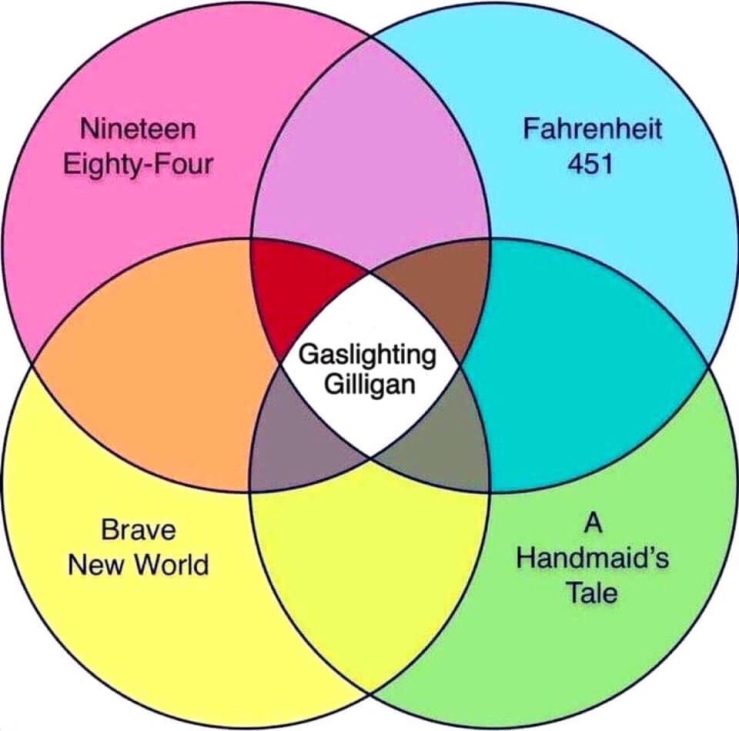