#ToryAnalytica’s ‘herd immunity’ followed by their deliberately delayed lockdown response is a means-to-an-end that will foreseeably overwhelm the emergency services and food & medicines transport infrastructure.

These propagandised consequences are exactly the same as those that would have actually resulted through #ToryAnalytica’s previous ambition for a “No deal is better than a bad deal” and “red, white & blue Brexit” to engineer the economic destruction of small & medium businesses, jobs, suppliers and incomes. In short, the crisis-capitalist socioeconomic collapse of UK society (& beyond) as we know it, as symbolised in a “Titanic success of Brexit”.

“Shall I tell you a terrible truth about politics and human nature and the way we live our lives? You can probably make a good case for almost any course of action.” Boris Johnson (2013)

We will see the secondary effects of bureaucracy blocked sea-ports with lorries backed-up for miles on motorways – aka ‘Operation Brock‘ & ‘Operation Stack’, resulting in the foreseeable breakdown of staple goods transportation across mainland Britain, leading to mass civil-unrest inevitably ‘managed‘ by the media and military – for which #ToryAnalytica already had a plan – ‘Operation Yellowhammer’;

In other words; the militarisation of ‘democracy’ – a paradox in itself!

Herd immunity is hard Brexit. Why? Because;

“The consequences of every act are included in the act itself”. Orwell

‘Currently, an £8.3 BILLION ‘shorting’ profit is set to be made by hedge funds linked to Boris Johnson & his Vote Leave campaign managed by Dominic Cummings. It’s a profit that specifically requires UK society to collapse i.e. a deliberately engineered, ‘disaster-capitalism‘, pound-crashing ‘No Deal’ Brexit’. ‘Gaslighting Gilligan‘

We are about to witness #ToryAnalytica attempt to deliver hard Brexit via a #HerdBrexit pretext which appears unconnected, but results in the very same manner in which Brexit could only ever have been delivered at all: by military force.

“The Party told you to reject the evidence of your eyes and ears. It was their final, most essential command.” Orwell, ‘1984’.

And as I wrote in 2018 the logic in my interpretation and #ToryAnalytica’s ‘means to an end’ evidence processing, remains current and sound;

‘That is, any ‘democratic’ decision that needs to be enforced or ‘supported’ by a Government deployment of the military – i.e. #OpYellowhammer – in order it can maintain or secure political power via the streets, ports and infrastructure etc, is in fact in any conventional, consistent, rational-thinking and functioning democracy – a coup d’etat’. ‘Brexit: All Roads to Rome – Militarisation’ (2018) by #GaslightingGilligan

Video made on 25th June 2018, on the first anniversary of going to Berlin and warning the German Bundes Polizei & Irish Embassy on 250617, of the inevitable #ToryAnalytica coup d’etat militarisation of Brexit and the arrival of a US/UK-led global fascism;

“Being in a minority, even in a minority of one, did not make you mad. There was truth and there was untruth, and if you clung to the truth even against the whole world, you were not mad”. Orwell, ‘1984’ 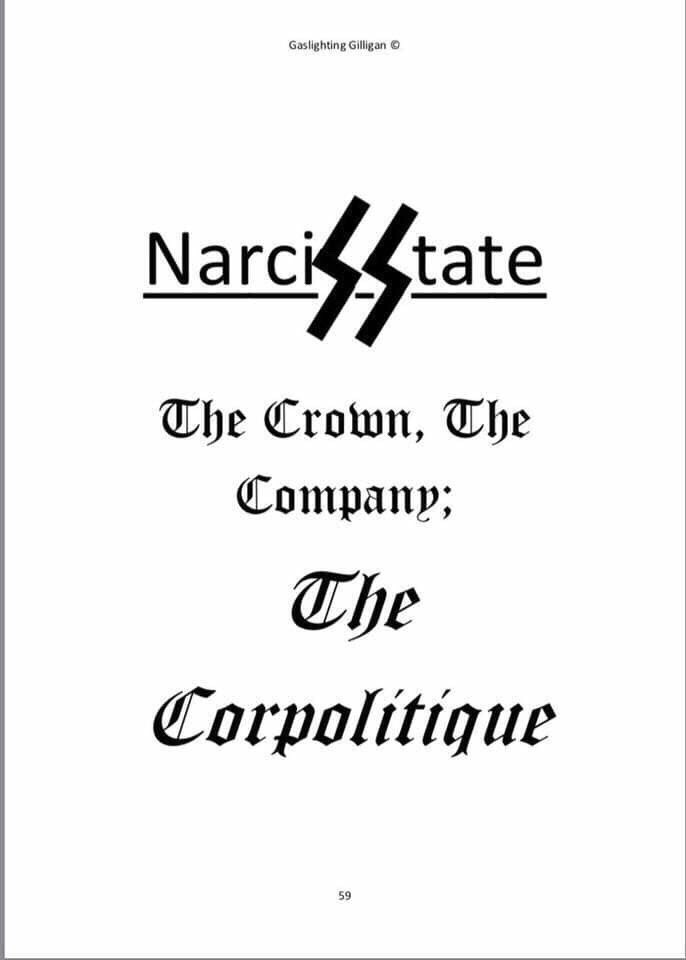