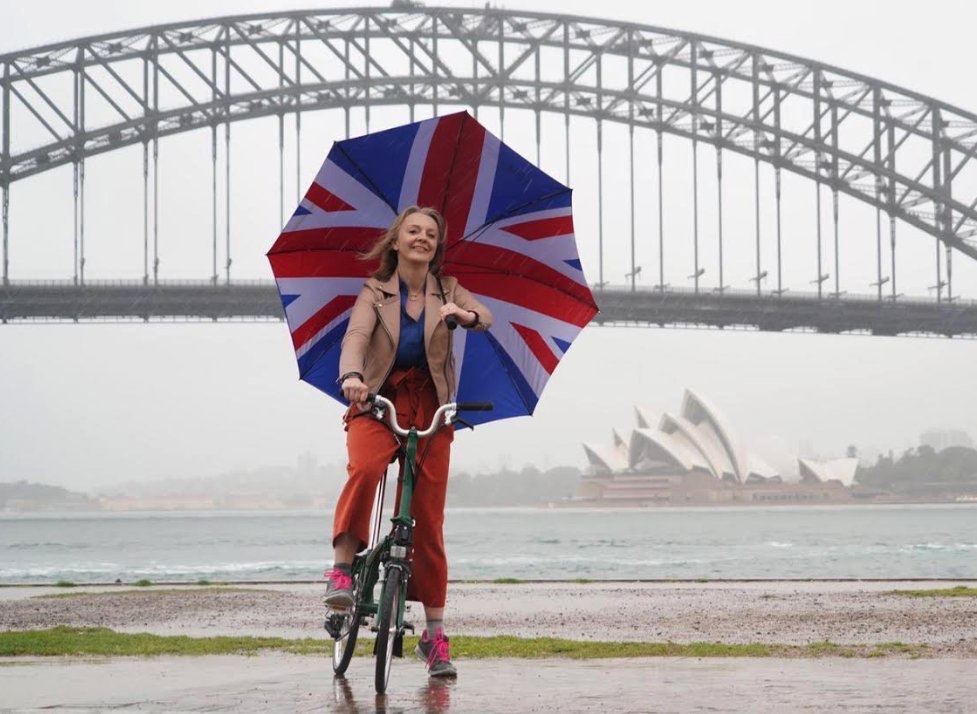 (12-15 minutes) Most people, especially ‘expert’ academics and politicians who just can’t or won’t be persuaded, still haven’t processed It yet but like it or not ‘Brexit: All Roads Lead to Rome – Militarisation’ (2018) – is just around the corner.

The failing Brexit coup of the so-called ‘United’ Kingdom has brought it to the brink of an unceremonious break-up which will be driven by its greater numbers and by the only force capable of doing so, to free the working class people of this entire island (& far beyond) from our pre/adolescent indoctrinated insecurities which have always compelled us to cling onto the Etonian apron-strings of the Westminster aristocrat cartel.

That force? The English working masses.

The most obvious reason (or at least it should be!) for this inevitability is because the ‘United’ Kingdom cannot now survive without deploying military force on mainland Britain. Which means it won’t survive.

This is why the majority English working masses will, counterintuitively, end the British construct themselves as they continue to dissect #ToryAnalytica’s Brexit criminality and their corporate mainstream media propaganda campaign, which was fronted by their own ideological decoy Nigel Farage and their ‘Trojan Horse’ UKIP project; who faking ‘anti-Establishment’ credentials drip-fed drove the space on the far-right for the Tories themselves to occupy as I’ve detailed in;

That’s just the abundantly obvious rationale for the UK’s impending break-up, but which due to a combination of mass cognitive dissonance and collective ego-defence mechanisms, still hasn’t been processed into the mass consciousness – yet. Frankly I’m amazed that that particular Farage/UKIP ‘Pied Piper’ penny hasn’t dropped – but it will. And when it does it won’t be pretty.

This is why the Eton Old Boys network who are themselves trapped in their own loop of delusion and denial, think they’re setting-up Truss to go down in so-called ‘history’ as the incompetent puppet Prime Minister who lost the ‘Union’. The gaslight ruse will fail, certainly in the long-term, but it won’t stop them trying to stitch-up the mediocre, ludicrous Liz Truss, because in terms of Tory ‘leadership’ they simply have nowhere left to go.

No-one can stop the inevitable, deeper, though less obvious realisations which are on the horizon but which nonetheless continue to be processed at a glacial pace by the people of this island and indeed the world. Realisations such as;

‘The British construct cannot exist without adversity; internal or external, or without an enemy; real or imagined. Which is why it creates them – to toxically ‘galvanise’ a fabricated ‘stoic-victim’ mentality. And explains why we ‘children’ will always be at war with someone until we break the UK aristocrat-engineered cycles of our own indoctrinated destruction.’ ‘The Real Last UK Colony: The English Working Masses’ (2017)

A swifter, more humane end to the British condition could be helped if people challenged themselves to overcome their pre/adolescent indoctrinated ‘Patriotic Programming: from Toddler to Teenager to Tabloidhood’ (2017)…

…and their Union Flag fabricated feelings which get in the way of cold hard facts like ‘Fascism & Empire: Militarist-Capitalist Branding (Trump/Brexit) Bias by Patriotic Commission & Camouflaged Omission’ (2017).

And the inevitable Brexit militarisation matters at hand could also be mitigated if there weren’t this lazy, habitual lie perpetuated by the genuine centre-left political, academic and ‘blue tick’ commentariat whose neurotic insistence on framing Britain as a ‘country’ or ‘nation’, only serves to inhibit their cognitive critical thinking abilities which they need in order to process the unfolding, impending reality in which they are themselves part-responsible for sleepwalking millions of their followers into an Orwellian fascist UK Police State led by ‘The Party’.

Unwittingly aiding their ‘centre-left’ media colleagues who are in fact Party plants similar to the ‘1984’ character ‘Charrington’ (and to a lesser degree ‘O’Brien’) who hides in plain view, if the genuine centre-left ‘experts’ possessed a modicum of actual objectivity – even the most basic level of curiosity – to truly analyse ‘Britishness’ and acknowledge what it really represents, they’d want nothing to do with It. Indeed instead of clinging onto this emotional crutch they’d have understood by now that the British ‘State’ of mind is quite clearly a top-down, indoctrinated, regressive and patently Imperial relic in need of utter deconstruction via a very public, post-WWII ‘Vergangenheitsbewaltigung’ process.

So until then you’re stuck with me; a 25 year served ex-Squaddie Sgt Major and State school indoctrinated council house kid who in 2016/17 processed the true ‘State’ of ‘Britain’ and the utterly dangerous delusion it is.

Which is why in not only having exhausted their options to install one of the usual suspects into the Prime Ministerial hot-seat such as Gove, Rees-Mogg, Sunak or the even more toxic Patel by shaping our perceptions and ‘our’ opinions as they previously did to install Thatcher, Blair, Cameron, May and Johnson, ‘The Party’ will protect its own inner circle by continuing to overstate the talentless Truss’s ‘global Stateswoman’ profile – in order to install a comparative ‘outsider’ in a futile attempt to keep themselves out the firing line.

She’s a perfect patsy; ambition beyond her competency and too egotistically dim to realise it. Truss simply can’t see she’s being fitted-up by Murdoch and co who are out of ideas and so are forced to play the only ‘democratic’ playbook they know; which is not to reflect or inform the population but to manipulate our emotions and perceptions to become our individual ‘choices’ and in doing so drip-feed drive our collective behaviours – as they’ve always done – to deliver their predetermined results;

‘Contrast the media’s cyclical omission and downplaying of today’s Tory corruption compared to their coverage leading into the 1997 General Election, when the UK media reported reams of Tory corruption – giving us the illusion of a free media holding power to account – but which was actually just business as usual, whereby ‘The Party’ simply continued to shape our perceptions via Murdoch’s Sun newspaper to engineer their own agenda which needed to change their colour from blue to red; as without Blair & ‘New Labour’ – the UK would be seen domestically and globally for what it really is; a one party State since Thatcher with a Tory Government in power to this very day.’ ‘Eton’s Prince Philip Fillip – Shaping ‘Patriotic’ Perceptions’ (2021)

And so today if you replace the odious Quisling Gove with the náive Truss, the same current rhetoric specifically surrounding Johnson applies just as it did last year;

‘Is this where we see our ‘free and fair‘ mainstream media build up such a head of steam, such a relentless pursuit of ‘truth‘ – that Johnson is theatrically ‘forced‘ by the ‘will of the people’ to resign, in order Murdoch can install Gove? Because with Gove then ushered in as PM by ‘The Party’, then we – the people – as usual drove and decided nothing. It’s all part of the emotional-behavioural manipulation scam; a cyclical masterclass in mass expectation management – aka UK (&US) ‘democracy‘. ‘Hoots Mon! Johnson’s Elusive Italian Job: A ‘Moonshot’ To Install PM Gove?’ (2020)

As things stand the narcissistic, Machiavellian sociopath Boris Johnson – who like Dominic Cummings is addicted to waving symbolism in our unwitting faces – will be the last Prime Minister of the United Kingdom.

And he – if Truss has any real friends to better advise her – should go down with the ship as it were, as this would be an end befitting both him and ‘HMS Britannia’. It’d be a thoroughly karmic downfall for this particular pinstriped fascist who once symbolically stated “We’ll make a Titanic success of Brexit” – not realising that when he spoke these words he and ‘The Party’ cartel were themselves being watched…

…by someone with a better understanding of Johnson’s symbolic “A pound spent in Croydon is of far more value to the country than a pound spent in Strathclyde”, which helped decipher the cryptic plans that were set to militarise Brexit and mobilise a US/UK global fascism via;

“Invading Iran, taking it over and then coercing it into becoming a different sort of country would take a MILLION MEN”. Admiral West, Former UK Royal Navy First Sea Lord (2019)

However the fallout from such a global action would of course need its steady supply of conveyor belt cannon-fodder which is currently being recruited through a precedented Dark Triad ‘push and pull’ propaganda construct, principally comprising of a combination of austerity, patriotism and mass-emasculation, demonisation and dehumanisation of men, to guilt-shame them into military uniform. And yes as alluded, it’s all been done before.

However unbeknownst to ‘The Party’, their “Titanic success of Brexit” trigger agenda was about to be derailed in Berlin, and irreparably damaged having already been ‘backed-up’ by a ‘fictional’ book I’ve described as;

‘A paradigm shift in the meaning of domestic abuse and the Atlantic Bridge to ‘1984’.

It’s a book which in the absence of a global corporate marketing campaign and blue-tick celebrity luvvies to promote it, remains a powerful seed which has already made a world of difference. It’s also a ‘Warning Order’ which if people dared to trouble themselves as the Five Eyes (& beyond) intelligence cartel have already done, the masses too could easily read the various globally-orchestrated propaganda plays quite literally, well, ‘like a book’…

2 thoughts on “Trussed Up: The Party’s Patsy Prime Minister”