‘Fascism, steeped in its pathological hypocrisy, superiority entitlement and inveterate victimhood, is the group characteristic extension of individual narcissism and is the Machiavellian-patriotic, militarised business-profit model extension of joint Government and corporate psychosocial-engineered crisis-capitalism’. – Gaslighting Gilligan

Edit: I wrote this piece in 2017. At the time I couldn’t get a picture of a proven, outright racist politician to be the thumbnail. So at the time, this picture of Tommy Robinson, a representative character of the far-right who creates the very turmoil he milks being the victim of – was it; But now we have such a demonstrable racist senior politician – The UK Prime Minister – who not only has the power to create societal havoc but stands to capitalise financially on our destruction by socioeconomic suicide.

Only in Britain could such a politician state that black people are “piccaninnies with water-melon smiles” and still become Prime Minister. And so which is why; 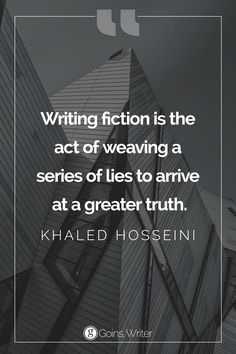 In trying to bring the “greater truth” of #ToryAnalytica’s transatlantic #TrumpRussia #BrexitCoup d’etat to an incredulous, skeptical audience, my naming of the fictitious State of ‘Narcisstate’ for my (free download) contemporary ‘fiction’ Gaslighting Gilligan – ‘inspired’ by a female household-name TV current affairs presenter on 12th September 2016 and released from Berlin on 25th June 2017, came about as I observed very similar, often precisely the same behaviours demonstrated by Imperialist-mindset government as those witnessed in typical narcissistic abusive partners; pathological hypocrisy, superiority entitlement and last but by no means least, inveterate victimhood, to live in a normalised narcissistic Schrodinger ‘State’, in a perennial, incessantly-cyclical ‘superiority-persecution complex’; ‘#Narcisstate’. 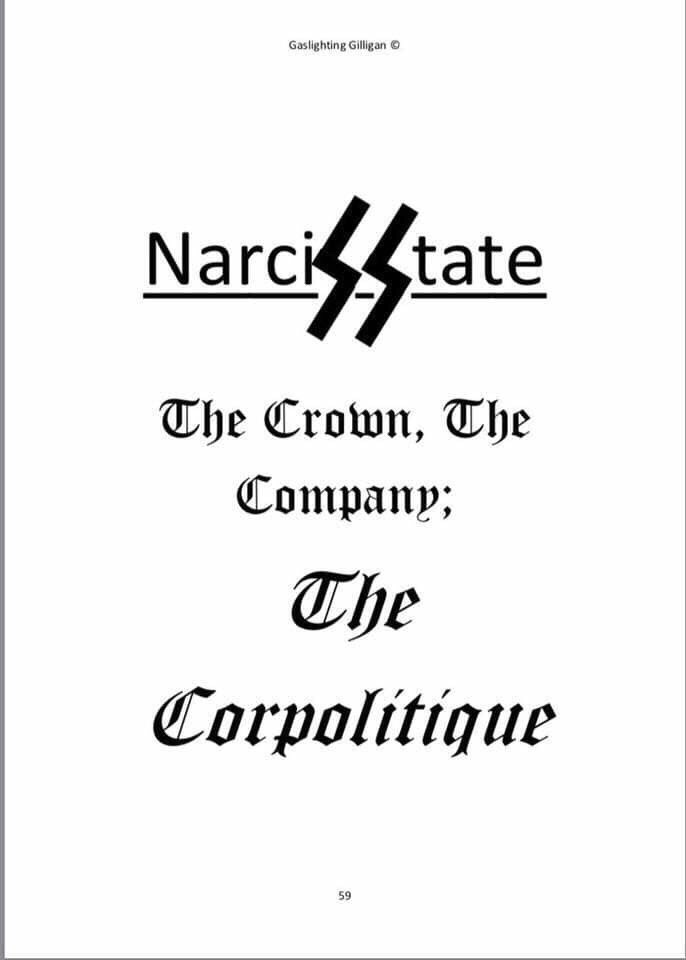 Fascism succeeds, in part, because it taps into the human condition. It’s manipulated potential – given just the right manufactured #HostileEnvironment – is in every last one of us; male or female, gay or straight, black or white, rich or poor.

They are unrivalled, accomplished experts in Machiavellian smiles, misdirection agendas and projection of their own misdeeds and insecurities onto the abuse-targets, as part of a strategy to undermine and convince the victims their interests are housed in the abusers; doing so by claiming moral and ethical superiority to instil psychological and emotional inferiority in others.

They’re pathological, hypocritical liars with the displacement, deflecting-ability to turn the truth on its head to suit their ever shifting-sands agendas, often housed in their invented pasts, that omits their own failings and indiscretions whilst amplifying those of others.

They embellish their own ‘achievements‘, often claiming credit for the successes and labours of others, whilst denying and denigrating the opinions of those same ‘others’ that they also encourage the ‘othering‘ of.

They are psychopathically self-entitled beyond obsession for the possessions of others; and reserve the right to humiliate, denigrate and steal their dignity – without reply. And they gaslight starve, stymy and shame to choke off others psychological, physiological and financial self-esteem needs in order achieve their own agendas.

You see through this journey of ‘Gaslighting Gilligan‘ I’ve learned that fascism is by group-extension housed in the ‘Dark Triad‘ human condition; in narcissism augmented by Machiavellian and psychopathy characteristics.

But whereas narcissism is individually innate and nurtured, fascism is ‘Its’ mass psychosocial engineered ‘Big Brother’; it’s victimhood-steeped characteristic-cousin amplified by deliberate #DarkTriad (model below) joint corporate-government legislation and politicised-media manipulation; moving as a single, societal ‘drill-down’ division and destabilising entity, yet a toxically-empowering #Emotionalism4Militarism beast, ‘It‘, to emotionally-behaviourally ‘hive-mind’ move disaster/crisis capitalists and drive ‘democratic’ populations – towards war. The biggest sort of war there is…

My model (above) for fascism ‘The #DarkTriad’ [page 88] with its six principal ‘push and pull’ emotional behavioural drivers, which I took to Berlin and warned five different agencies on 25th June 2017, as outlined here…

“Suddenly producing a large white feather, she jabbed it into his waistcoat. And in another tone, fierce and scornful she added:… “You coward! Why don’t you enlist?”

I created ‘It‘ when on 12th September 2016 I’d been ‘jolted‘ into beginning to monitor mainstream (& social) media for cyclical-repetitive themes and narratives, which dovetailed with seemingly ‘unrelated‘ UK Govt (& beyond) dignity deprivation and mass-depression inducing policies & legislation; principally Austerity, Brexit & The Istanbul Convention… 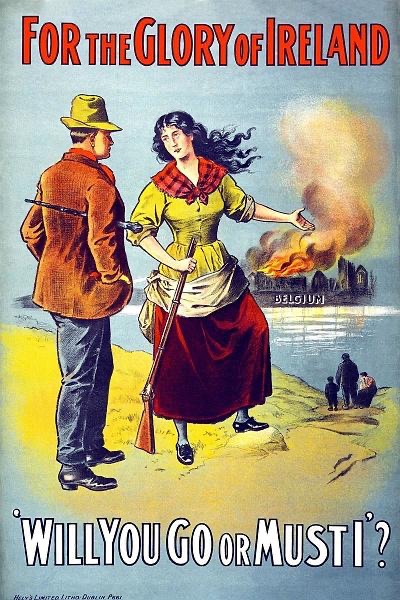 …the latter of which became the overt #MeToo ‘Rampant Sexism‘ (#Nr5 below) to guilt-shame ‘misogynistic‘ men via demonisation, dehumanisation mass emasculation – into a military uniform. An Imperial Britain and Nazi precedented – military-recruitment propaganda campaign that was to have been originally triggered during July 2017.

You see fascism is the planned, projected corporate-State extension of narcissism; manipulated into its militarised business-model extension to reinforce, reset or ‘reboot’ global-hierarchical economies via (austerity-manufactured) crisis-capitalism, emotionally-behaviourally driven by and steeped in #NarcissistFascist hypocrisy, entitlement & militarised victimhood.

We know fascism is not ‘organic’ by itself. ‘It‘ is not an inexplicable phenomenon because known history tells us so. It has to be started somewhere in some point in time, just as it did prior to the 1930 Weimar Germany elections which saw the Nazi Party go from 12 to 107 seats in The Reichstag. As was the case then, it is the case now, Nazism is not a chaotic-accident of fate.

All to produce powerful, fabricated ‘feelings’ to invoke a predictable mass ‘hive-mind’ behavioural response, through the collective ‘emotionalised-empowerment’ of the masses, underpinned by cyclical, perennially-‘patriotic’, preadolescent instilled, subconscious-injected ‘truths’.

When questioned or challenged; they will blame their victims and claim victimhood as first and last resort, often becoming enraged as a result of their own actions.

In doing so, they project permission for their enablers – the fearlessly fearful masses – to follow suit, bathed in victimhood and hell-bent on vengeance for the very beast they created in the first place.

However victimhood – and superiority-entitlement – is drug to them; this compels the individual narcissist/fascist State to take unnecessary, Dark Triad ‘humour’ power-symbolism risks such as Brexit being a “Titanic success” or “Empire2.0” – that may well get them eventually caught…

“We are where we are”. – said every #NarcissistFascist since forever. 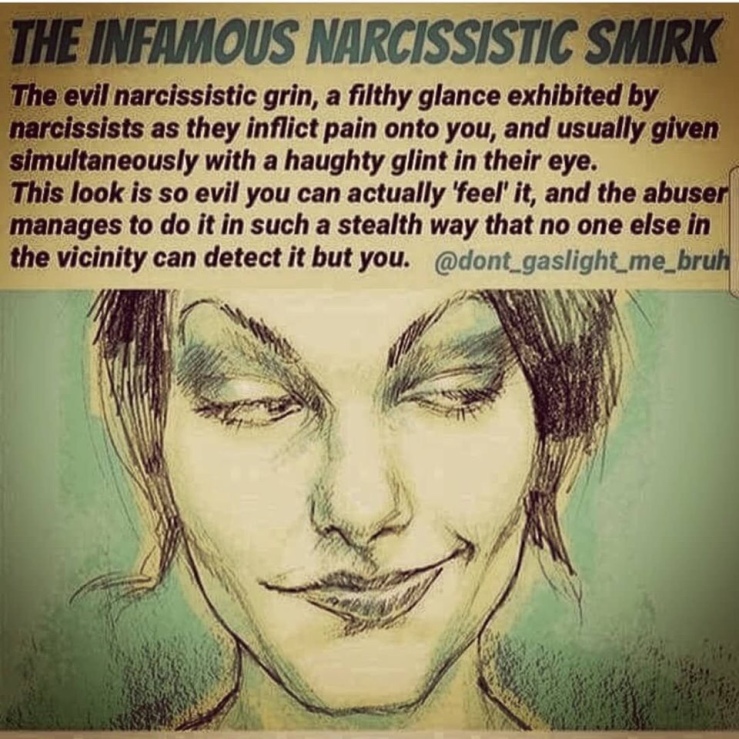 But they do so regardless knowing they’ll succeed in either getting their insatiable superior-sycophant ‘fix’ via their principal agenda, or if outed and exposed, deflect, project and transfer through a victimhood tantrum or by stage-acted self-pity in order to guilt-trip the real victims, putting them on the back foot and compelling the victims to forgive and to most definitely forget.

They are quick to anger when their sense of entitlement and often too-good-to-be-true inconsistent versions of events are questioned.

They’re even quicker to anger when their current behaviours, reflected in their past behaviours are called out; yet expects others to “move on“, to “get over it“, to “stop dragging up the past“. Any persistent, counter-critical logical thinkers and questioning of their version of events will invariably send them into apoplectic rage.

They minimise their own toxic behaviours and the effects whilst belittling and diminishing the consequence-effects on others.

But for an individual narcissists/fascist State to thrive, they require enablers who are acquiescent, accomplice appeasers; a combination of ‘Flying Monkey’ followers who do so through a combination of cowardice, fear, of straight forward social-compliance ‘herd empowerment’ or superior-mindset conditioning.

Those who recognise the hypocrisy-inconsistencies of the individual narcissist/fascist State to the detriment of others – especially children – but avoid confronting or even defend them, either to avoid being singled-out and subjected to their rage or to simply maintain their conditioned belief-system in a narcissistic entity, a solipsistic ‘state’ they’ve been groomed to love and believe in as they have in a fictional-flag, a furtive-fascist Crown, in a ‘benevolent’ NarciSState, do so themselves as cowards;

selfishly keeping themselves safe in a perennially-corrupt, aristocrat-gangster government State…

‘Gaslighting Gilligan’ – by Johnny McNeill, a contemporary, dystopian ‘fiction’ about the intrinsic, interconnectedness of personal & State-political domestic abuse, is free to download from here. It is copyright © but is free to share as a public service.

7 thoughts on “Characteristics of an Individual Narcissist & a Fascist State”