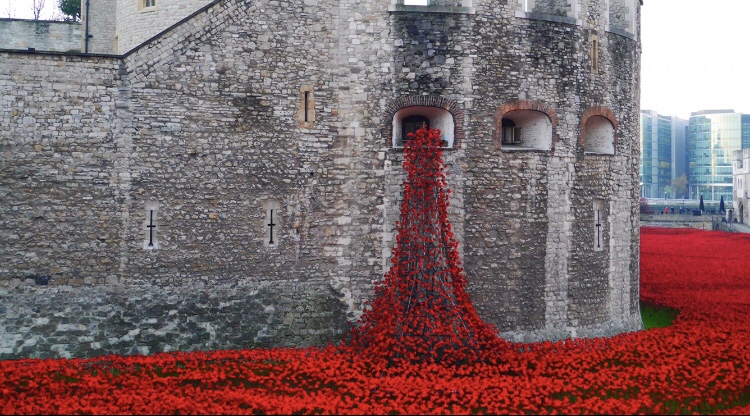 “Hatred is gained as much by good works as by evil”. ~ Machiavelli.

Outline: How ex-soldier homelessness and the poppy have been imperceptibly weaponised by the British elite estate over the course of a decade as a profit-making military recruitment tool; during a deliberate #ToryAnalytica orchestrated propaganda campaign, ideologically designed to psychologically lionise and sacralise the Armed Forces. And by (sub)conscious-association garner collective British Army/public ‘patriotic’ sympathy support for the far-right in order to shift the Overton Window towards support for victimhood-steeped, ‘bunker-mentality’ #BrexitCoup fascism – and as such – war; domestic and foreign.

I’m aware this piece might afford those who would wish to quote me out of context to level at me that I’m anti-police or military. However as an ex-British Army Squaddie with 25 years served I can categorically assure you nothing could be further from the truth.

…which have been made into aesthetically-reflective, emotionally-evocative sections of sentiment which are painfully harrowing for some whose sons, brothers and fathers have died in Iraq and Afghanistan not for Queen and country, nor for ‘democracy’ in far off lands – but for the natural resources held within them.

And yet their still-raw pain and the WWI Centenary ‘commemorations’ are being utilised as cyclical emotional capital to perpetuate the carnage.

This ‘emotional capital’, this emotionalism for militarism has been fed into chest-puffing hype to become toxically-beautiful TV and press media financial and political capital, being promoted and presented through displays of weaponised waterfalls to result in romanticised outpourings by mass-slaughter omission; permitting us to ‘patriotically’ overlook McCrae’s true, sombre intent for his poppy.

“Propaganda does not deceive people; it merely helps them to deceive themselves”. Eric Hoffer

McCrae would be spinning in his grave, the walls of which, just like The Somme trenches were seeped as much oil as they were steeped in blood.

“Hatred is gained as much by good works as by evil”. Machiavelli

Because now we have in ‘poppy patriotism’ running in parallel with these public-display national outpourings an anonymous online ‘poppy police’ in various guises, the advent of which coincided with the same (failing) #TrumpRussia #BrexitCoup #PsyOps specialists; the fascist film-director Steve Bannon’s Cambridge Analytica linked or more accurately #ToryAnalytica – who themselves had access to Number 10 Downing St and had a hand in the creation of and trained the British military’s new 77th Brigade, which itself absorbed the Tri-Service 15(UK) PSYOPS Gp. Making sense yet?

And then of course there’s the annual coinciding fascist-dirge, their #Agitate propaganda to #Segregate (signpost) Muslims by telling the target audience – #WorkingClassWhiteMen – that ‘Muslims hate poppies’; that public service institutions due to ‘political correctness‘, have been barred from wearing the poppy in case of upsetting minorities.

None of it is true. It’s right-wing ‘Volksgemeinschaft’ or ‘people’s community’ propaganda-conditioning spouted annually online then amplified by ‘respected’ mainstream media designed to elicit a backlash response and all of which itself, has arrived at point in time to coincide with ‘#ToryAnalytica’s’ austerity-apartheid propaganda driven, ‘community-nation’ illusion housed in multi-layered #PatrioticPoverty.

The consequences of which will in ever increased concentrations, leave millions of young men deprived of their economic-opportunity dignity, many homeless, directionless and depressed: ripe for pouring their mass-gaslighting guilt-shamed individual and hive-mind meaning and purpose into an #AusterityArmy military uniform; grateful to conveyor-belt cannon-fodder feed themselves as white-feather media driven by shame as ‘volunteers‘ into the war-machine once again… 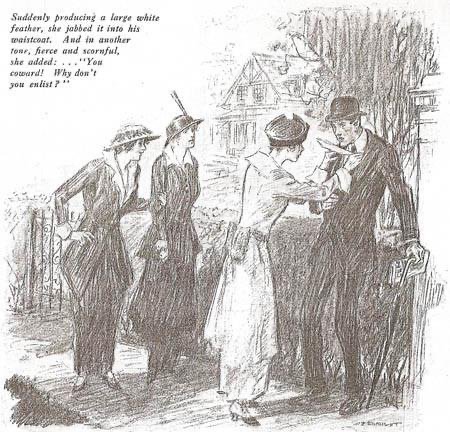 Suffragette ‘White Feather Women’ propaganda depiction reads ‘Suddenly producing a large white feather, she jabbed it into his waistcoat. And in another tone, fierce and scornful she added:.. “You coward! Why don’t you enlist?”

…to create a hidden, yet distinct ‘black-gold’ gulf that has been ripped wide open to span time and distance; from Flanders to Gallipoli to the Falklands to Iraq – and soon Iran – with each Theatre of Operations actually or strategically steeped in oil (or the perceived potential of it).

These profitable British landmark building-sized ceremonies have emerged under the camouflage of WWI Remembrance but have in fact been manipulated to stage-play their very own walk on part in the next oil-war, as part of the wider Tragedy-Charity Gaslight Ceremony Cycle (#MaslowsMartyrs) to #DarkTriad – (my ‘Gaslighting Gilligan’ model for global-fascism)…

…#Amalgamate and ‘unite’ a manipulated population, that similarly happened to the 1920/30’s Weimar German population, who became ‘united’ as ‘victims’ – not of Poland – but of their own leaderships Operation Himmler false-flag ‘attacks’ having already been emotionally-behaviourally wound-up, for the sole purpose of creating war for the acquisition of natural resources – for the leadership.

“Children have never been very good at listening to their elders but they have never failed to imitate them”. ~ James A. Baldwin.

By emotionalising and therefore irrationalising the previously respectful sober and humbly understated meaning of the poppy; it has now been made to mutate into a publicly-acceptable recruitment tool which has become drip-fed to seismically shift from the contemplative to the patriotic; from the pensive to the partisan, to result in a feeling of pride in concealed carnage-slaughter which to my mind is about to start once again, to insatiably and ravenously feed on a fresh generation of cannon-fodder, subliminally drawn into the perpetual UK war-machine to;

Emotionalise > Irrationalise/Moralise > Patriotise > Weaponise > Militarise (trigger) > Mobilise (recycle) minds and men, in order to cyclically convert the emotional capital into political and profit capital – on and off the battlefield – with the human condition itself sustaining the perpetual carnage-process.

We do not live in the ‘reality‘ we thought we did. We live in one we’ve been afforded and which has taken on a number forms; for which the cyclical end-game is perpetual war.  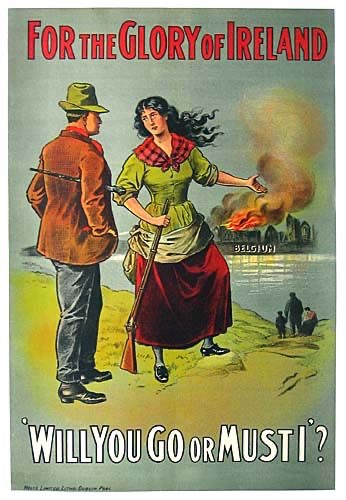 Because there’s nothing like a ‘Great’ war to keep the domestic populace fearful; to maintain, even reset and reinforce the existing aristocrat-led hierarchy; by ‘uniting’ the masses against a common enemy and to get behind a common cause; a manufactured #PatrioticPoverty front opened-up against the manipulated masses which in reality – is a Machiavellian, ideological design to unravel the very fabric of society…

This is why having put the pieces together to track a number of media-political cyclically-reinforced narratives since September 2016, I went to Berlin and on the 25th June 2017 warned the Bundes Police & the Irish Embassy what was about to be triggered. I called it ‘#OpFukuglaschu‘ – which we were all witnessing unfold; the ‘Atlantic Bridge‘ to ‘1984’… 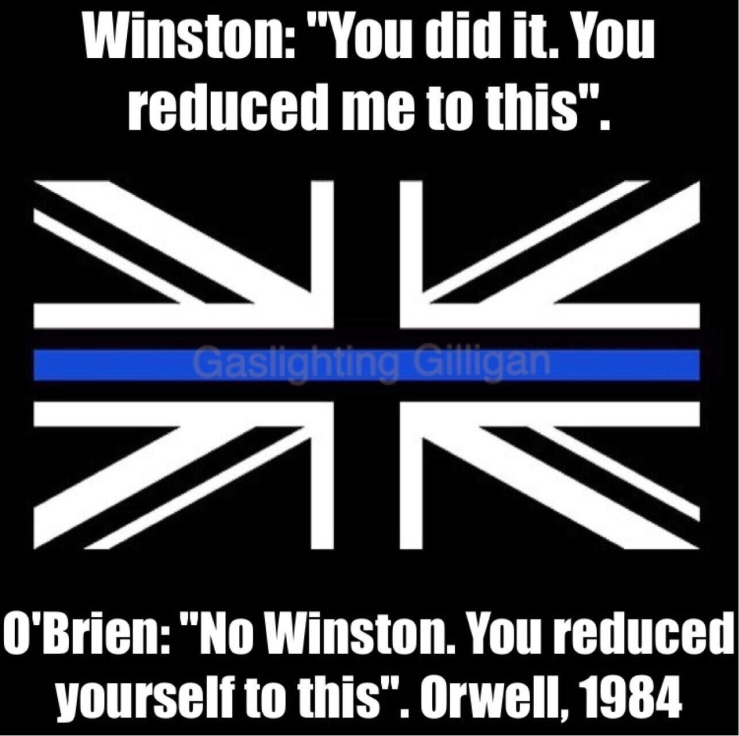 And tried to relay it to them the only way I was able to make sense of it myself, through a ‘fictitious’ story about a hypocritical entitled State that saturates its population in a manufactured stoic-victimhood steeped martyrdom. Because;

“The trouble with fiction is that it makes too much sense… Reality never makes sense”. Aldous Huxley.

And which is why also our normalised ‘#PatrioticProgramming from Toddler to Teenager to Tabloidhood’ has been so invisibly vast, efficient and effective. Because;

“He alone who owns the youth, gains the future”. Adolf Hitler

And for the ‘grown ups’…

…we’re going back to the future in order to… 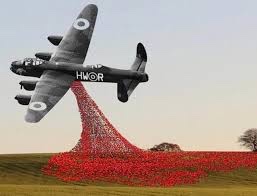